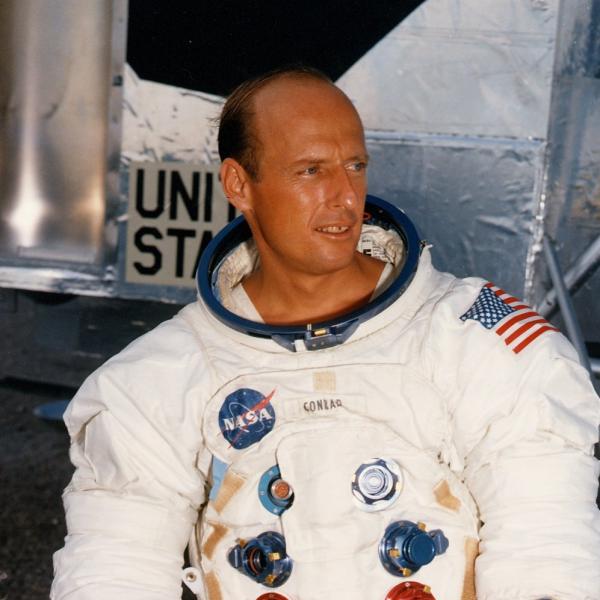 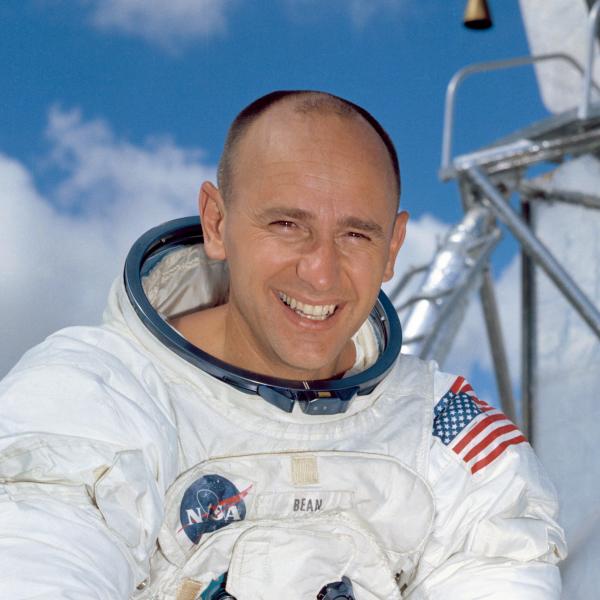 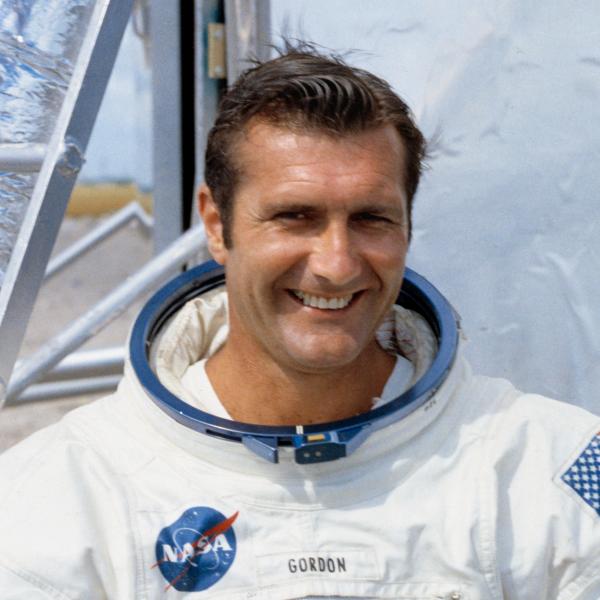 They say lightning never strikes twice, well "they" obviously weren't at the launch of the Apollo 12 moon landing mission. It was a rainy day on November 14, 1969 when the five F-1 Engines generated 7.6 million pounds of thrust to lift the massive Saturn V rocket with its Apollo 12 Mission crew off the ground at Kennedy Space Center. Just 36.5 seconds after liftoff, a lightning bolt, with up to a hundred thousand amps and a hundred millions volts, struck the Saturn V rocket.  But through all the chaos, the sturdy Saturn V kept going; hurtling 15,000 feet per second in space.

Inside the command module, at the top of the rocket, the crew had no idea what was going on, but they knew something had gone wrong. The guidance system tumbled and indicators started flashing. It looked like every warning light was firing all at once.  Scrambled data flowed to mission control. Then, just 16 seconds later, it happened again. Another bolt of lightning hit the rocket and this time the instrument panel went dark. The astronauts onboard, Pete Conrad, Alan Bean and Richard Gordon, radioed back to Houston – “The Hell was that?”

Ground Control was just as confused by the garbled mess of data streaming in, and initially all they could message back was “Roger”.

Two critical issues were at play: was the navigation system still going to work? And if they could still steer the crew to the moon and back, was the landing parachute damaged or would it still open and brake the hypersonic space capsule upon reentry?

The ground team made the decision not to inform the astronauts of the landing concern, as there was nothing they could test to determine its viability and nothing to be done about it. The first priority was to figure out what the lightning had done to the computer systems and where the heck the rocket was headed. Ground Control had to make sense of the data coming in before the Apollo 12 Mission was lost in space. The problem was, no one had ever seen messed up garbled data like this before. No one except a 24-year-old Flight Dynamics Office (FIDO) named John Aaron who radioed the command ‘SCE to Aux’.

"SCE to Auxilliary. What the hell is that?" asked Astronaut Pete Conrad.

Only Alan Bean, the LM pilot, knew that switch. It was an obscure reset code he had seen once, a year ago, and one that astronaut Alan Bean recognized from a single simulation. With seconds to spare Bean flipped the right switch (one of over a hundred) and clear data flowed once again to NASA mission control. During a tense 90 seconds of indecision, Bean’s quick thinking and Aaron’s detailed memory saved the mission and earned Aaron the nickname of “steely-eyed missile man”.

Incredibly, the lightning had not harmed the MIT-designed guidance system and when they reached orbit the system was restored to operation with no lasting damage.  An earlier computer engineering decision by the MIT Instrumentation Lab to hard wire the computer programs and fixed rope memory meant it was non erasable and could survive even a lightning strike!

The mission continued and the Apollo 12 crew made an exact location landing on the moon, something never achieved before. Apollo 11 had landed more than four miles from its target. While on the moon the team was meant to set up an electrical generator, but the plutonium to power it was stuck inside its container. Fast thinking Alan Bean stepped up again and his hack was to hit it with a hammer! An idea his crew mate Conrad was understandably hesitant about, it was radioactive material after all! Bean’s advice though was “Never come to the moon without a hammer.” Ten days later the spacecraft hurtled back towards Earth’s atmosphere in a 25,000 mph reentry fireball. Ground Control had spent 10 long days anxiously awaiting the landing parachute deployment, and on November 24, 1969 they saw it. The crew safely splashed down in the Pacific Ocean and another successful lunar mission was in the books.

A post mission analysis showed that the lightning was triggered not only by weather conditions, but the combination of the long electrical field created by the rocket and its exhaust plume and the cold front present on launch day. The possibility that the Apollo vehicle might trigger lightning had never been considered before, however for all Apollo missions going forward, launch restrictions were imposed for certain weather conditions.