Creator of the Hybrid Simulation Facility

Thomas "Tom" Fitzgibbon graduated from Northeastern University and became a part of the MIT Instrumentation Laboratory in 1959. Prior to his graduation, he served in the Korean War. Fitzgibbon worked in computer engineering and was initially placed in in the analog computer facility at the IL before publishing a paper on an automatic data extractor and plotting table (ADEPT) with a circuit he invented.

He later became a deputy associate director for Apollo and was in charge of building the hybrid simulation facility so they could test the software for the Apollo Guidance Computer. Fitzgibbon determined that a hybrid simulation made up of both analog and digital computers was required because analog computers could not handle the large range of navigation and guidance numbers involved in traveling hundreds of thousands of miles in space and an all-digital simulation could not run in real time. One second of simulated time in space took sixty seconds of computer time. Fitzgibbon's hybrid simulation could do both. The facility’s simulations were also used for training astronauts to fly both the Command and Lunar Excursion Modules.

Fitzgibbon was at the Kennedy Space Center for the launch of Apollo 11, able to witness the accomplishments of the Instrumentation Lab up close. After the Apollo missions came to an end, Fitzgibbon relinquished his title as deputy associate director and went back to being an engineer, preferring design over management. 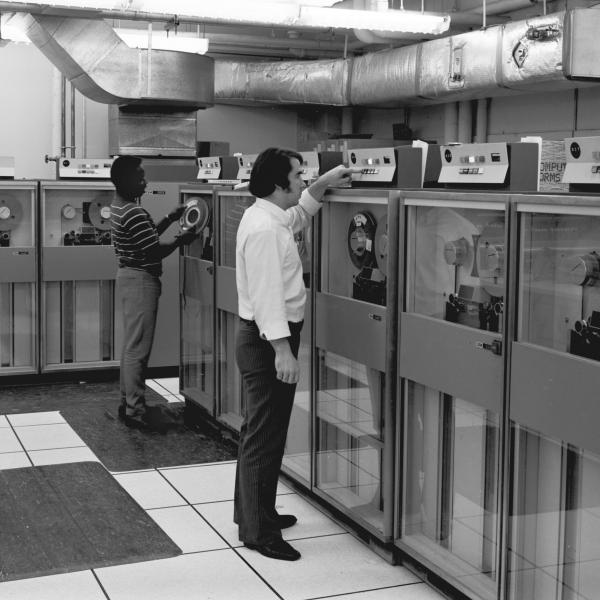