Robert Stengel earned the S.B. Degree in Aeronautics and Astronautics at M.I.T. in 1960 and spent three years as a range safety officer at the NASA Wallops Flight Facility.  He studied Aerospace and Mechanical Sciences at Princeton, where he earned the PhD degree in 1968.  Stengel joined the Digital Autopilot Group at the Instrumentation Laboratory in time to solve one of the few remaining problems of the Luminary software: precise manual angular control for the lunar landing.  The Lunar Module (LM) hand controller commanded reaction control thrusters via the Apollo Guidance Computer, and Stengel's program provided the control logic.  Neil Armstrong commented on the LM's handling qualities during the Apollo 11 debrief: "as anticipated, quick and responsive."

Stengel laid groundwork for installation of the AGC in NASA's F-8 digital fly-by-wire aircraft.  Before leaving the lab in 1973, he produced a preliminary design for the Space Shuttle's atmospheric flight control system.  He returned to Princeton in 1977 as a professor and director of the university's Flight Research Laboratory. In 1978, the lab implemented digital flight control in a variable-stability research airplane.  He received the Mechanics and Control of Flight Award from the American Institute of Aeronautics and Astronautics in 2000.  Stengel's teaching and research has included biomedical applications as well as aerospace topics.  He has advised nineteen PhD students and hundreds of undergrads, written books on aircraft flight dynamics and optimal control, and directed an undergraduate program on robotics and intelligent systems.  His Spring 2019 course is a freshman seminar, From the Earth to the Moon. 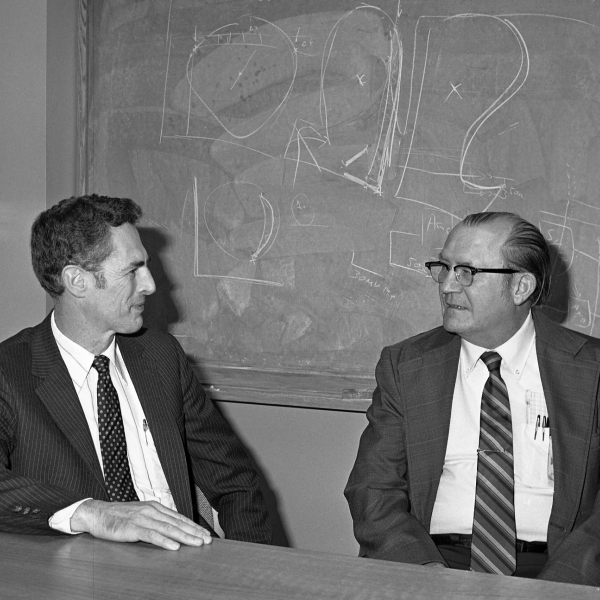 In Their Own Words: Cline Frasier on why NASA went digital for Apollo