Margaret Hap Brennecke was the first female welding engineer to work in the Materials and Processes Laboratory at NASA’s Marshall Space Flight Center. She was a trailblazer in the field of aluminum alloys – a skill critical to the success of the Apollo program. Brennecke spent her long career building large structures and breaking barriers in a male-dominated field.

Brennecke earned a Bachelor’s of Science from Ohio State University and worked 22 years for a private firm as a research engineer before coming to the Marshall Center as a welding expert.

During the World War II, Brennecke worked to determine alloys and joining methods for aircraft, railroad equipment, bridges, pontoons and landing craft like those used during the 1944 Normandy invasion. Along with many other women in the era, Brennecke seized upon the opportunities offered by the rapidly expanding wartime economy and a shrinking male labor force, which was fighting in Europe and the Pacific theaters. Discrimination on the basis of her gender followed Brennecke throughout her career. Brennecke noted that her nickname ‘Hap’ allowed her to disguise her gender in written reports and correspondence beyond the laboratory.

In 1961, Brennecke joined the Marshall Space Flight Center as a welding expert, bringing with her a vast knowledge of aluminum alloys and TIG (Tungsten Inert Gas) and MIG (Metal Inert Gas) welding processes.  Throughout the Apollo Saturn V rocket era, Brennecke was called upon by center management to make critical decisions on the selection of lightweight high-strength metals and welding techniques for the huge Saturn stages. Specifically, Brennecke provided metallurgical engineering support for solving the problems of obtaining the required heat treatments, cold work, and metallographic structure leading to high strength and reliability in thick aluminum welds of cryogenic fuel tanks. She also contributed to the important research efforts leading to optimal thermal-aging treatments for those high-strength aluminum alloys.

Later assigned to the Metallic Materials Division of the Center’s Materials and Processes Lab, Brennecke worked on the specifications for metals used in Spacelab and the Solid Rocket Boosters for the Space Shuttle. 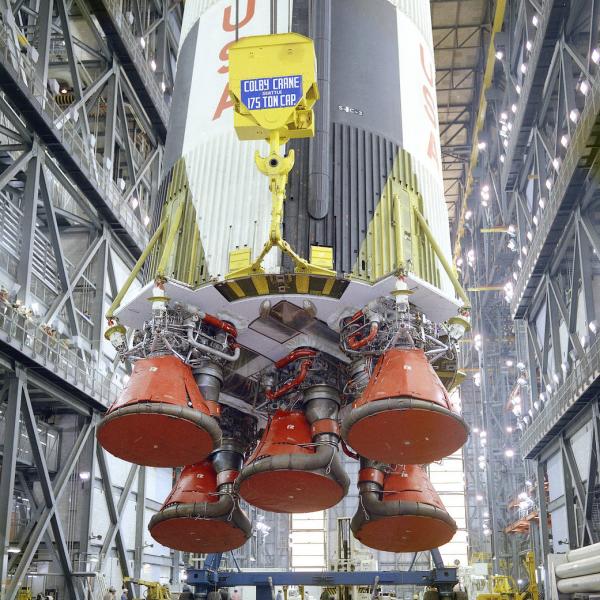